The Ultimate Guide To Birds Of New York

Whilst New York is urban, there’s still some beautiful birds there.

So keep reading to learn more about them…

Overview Of The Birds Of New York

When you think of birds in New York the Pigeon is probably one of the birds that come to mind first thanks to the numerous TV shows and movies that feature Central Park.

Even though the Pigeon is widely known, there are almost 500 other known species of birds in New York.

Waterfowls, birds of prey, water birds, shore birds, song birds, and gallinaceous birds are just some of the classifications of birds that make up the almost 500 species.

These birds live near bodies of water like rivers, lakes, and ponds. The majority of them have webbed feet for swimming and flat-billed beaks.

These birds are hunters with pointed, curved beaks and will eat vertebrates that range in size from small to large in comparison to the bird’s size. There are five different types of birds of prey:

These classifications include birds such as falcons, ospreys, hawks, eagles, secretarybirds, and vultures.

Learn More: Bird Symbols: What Are The Spiritual Meanings Of Birds?

These birds are often found in wetlands near a source of water such as marshes, ponds, streams, and lakes.

Great Blue Heron, Killdeer, Herring Gull, and Common Tern are just a few of the water and shorebirds of New York.

These lovely birds can often be heard at dawn making a chorus of sounds. Approximately half of the world’s birds are songbirds.

In New York, some of the popular songbirds include Eastern Bluebird, American Robin, Blue Jay, and Cardinal.

These birds, like waterfowl, are also game birds. They are typically found on the ground looking for food.

In 1970 the state of New York named the Eastern Bluebird as their state bird. These birds have been protected and their numbers have been increasing thanks in part to a nesting box program.

The Eastern Bluebird typically migrates south for the winter, but they are typically among the first birds back in the spring.

These beautiful bluebirds grow to be about seven inches long and weighs an ounce.

Males have bright blue heads and wings with brown chests and white undersides.

The females are less vibrant blue and tend to look more greyish. Other than that, the females color pattern follows that of the males.

Eastern Bluebirds have excellent eyesight and can see insects from over 100 feet away. In addition to insects, these birds will eat seeds, fruits, and berries. They typically search for food in meadows, fields, and orchids.

There are a number of ways that the people in New York plan to help the various birds of New York. Currently, there are eight different proposals that will help the birds and other wildlife in New York.

The proposed $300 million would be used to help protect waterfronts, forests, clean water, and more. $500,000 is earmarked to help those people who own forest land to focus on forest regeneration.

Some species are threatened by climate change; however, New York is working to have 100% renewable energy by the year 2040. This would require all of the electricity to be carbon-neutral.

In addition to making electricity renewable and carbon-neutral, New York will focus on other types of renewable energy, such as wind power.

In order to protect the habitat of birds that live off the coast and in marine areas, New York will focus on preserving these habitats by moving away from drilling offshore for oil and gas.

Another way to help the habitats of the birds in New York is to decrease the amount of single-use plastics that are used.

By inappropriately disposing of various plastic products, the oceans and sources of freshwater are becoming polluted. Two of the biggest offenders are plastic straws and plastic bags.

Plastics are not the only type of pollution that harm the habitats of birds. Bottles that are not properly recycled litter important bird areas.

The Bottle Bill would require a monetary deposit on bottles for items that are non-carbonated beverages.

Funding is needed in order to protect the state’s natural resources and environment. This proposal would help to provide the much-needed funding to help maintain clean water, park maintenance, renewable energy, and more.

It is not only people who need clean water. The birds of New York are also in need of clean water.

By investing in water protection, both in the quality and quantity, as well as the water infrastructure, water sources will be able to be protected.

Human intervention, pollution, climate change, and other factors will force birds to make adaptations and changes in order to survive. The International Journal of Zoology published a study of how migration patterns have changed.

Due to climate change many of the migratory birds have had to make adjustments to when they start to head south for the winter and when they return in the spring.

With ever expanding cities, birds in New York have had to become resilient and find places to nest that they normally wouldn’t seek out.

Birds can be found making homes on balconies, in places where there is a cross section of support beams, and on window ledges.

Birds in the cities of New York have also had to make adjustments to the food they eat.

If the birds aren’t being fed bread or seeds in the park, they will often scavenge the sidewalks and trash cans for food when they cannot find the insects, nuts, seeds, and fruits that they are used to.

Depending on the species, where it lives, what it feeds on, and if it has a large number of predators, the lifestyle and health of the birds of New York can vary. Birds are also known to spread disease, too.

The birds that live in New York can be fascinating.

There are many organizations and clubs that you could join if you want to learn more about these incredible creatures.

Some clubs and organizations offer birdwatching events and will help you learn how to birdwatch.

Birdwatching can be done during the day and at night.

By bird watching, at night you could potentially see nocturnal birds that you don’t see during the day.

New York has 10 wildlife refuges and over 20 national parks.

Diseases and Treatments for Birds

Pigeons can cause the human diseases Cryptococcosis, histoplasmosis, and psittacosis if their droppings are not cleaned up.

These diseases are typically rare, however, the risk does increase when more Pigeons are in New York between the months of March and July.

Common diseases that the birds of New York can potentially carry include:

One way that people can help prevent these diseases and reduce the spread of the diseases is to properly maintain any bird feeders.

The best way to maintain feeders is to make sure the food is fresh and does not get wet. If the food gets wet it can develop harmful bacteria or mold.

Pay attention to the activity that is happening at your feeder. If you notice birds fighting over the food, try adding a feeder.

If there is a lot of food dropping to the ground adjust the feeder’s output if possible or reduce the amount of food left in the feeder. Store the food in a container that is airtight.

If you find a dead bird and need to dispose of it, make sure to use gloves to remove it from the area.

It is also suggested that you remove the feeder and the food for up to two weeks.

Cleaning the feeder and replacing the food is also beneficial.

If you see a sick bird contact a wildlife rescue organization in your area so that they can remove the bird and give it the proper treatment.

Do not bring it into your house, otherwise, you could be bringing in mites or lice if the bird has an infestation.

Characteristics of the 5 Most Common Birds in Central Park

The Rock Pigeon, or Rock Dove, have a 6-year lifespan.

Their coloring can vary, but they typically have grey or black feathers on their heads that can be iridescent green, purple, or blue.

Their chests are frequently lighter in color and their wings have two bars of darker patterning. Their beaks are dark grey and their feet are brownish-pink.

The house sparrow has a three-year lifespan. This relatively small bird weighs just over an ounce and measures up to six inches.

The males have bright markings that are black, brown, and white in color.

The European Starling, also known as the common starling, has a lifespan of roughly three years. They grow up to nine inches in length and weighs just under four ounces. These birds are shiny black in color with orange feet and a yellow bill.

The Ring-Billed Gull has a lifespan of approximately ten years. They can grow to over 20 inches in length and can weigh over one pound.

These gulls are mostly white in color with light grey wings and dark tail feathers. Their feet and beaks are yellow and they have light grey eyes.

Mallards have a lifespan of up to ten years. They grow to 26 inches in height and can weigh almost four pounds.

Males have orange bills and feet, green heads, brown bodies, and blue wingtips. Females are brown with white and blue on their wings. They have orange and brown bills.

As previously mentioned, birds live throughout the state of New York and their habitats vary based on the species.

Birds have made homes in the wetlands, farmlands, near freshwater, the ocean shoreline, parks, and even the city.

New York allows management of birds through hunting. It is important to check the local laws and procure the proper documentation if you wish to hunt for birds in New York, including licensing and permits.

What are the major birds of New York?

What are the nocturnal birds in New York?

There are numerous species of nocturnal birds in New York, some of them are: Owls – including Great Horned Owls, Common Nighthawk, and American Woodcock.

What is the state bird of New York?

The state bird of New York is the Eastern Bluebird

In general, birds that live in the city still have the same nutritional needs as birds of the same species that do not live in the city. Sometimes city birds will resort to eating food from humans if they are not able to find the nutrition that they need. 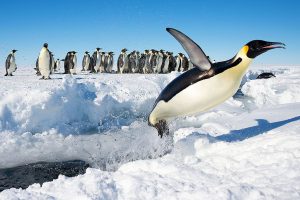 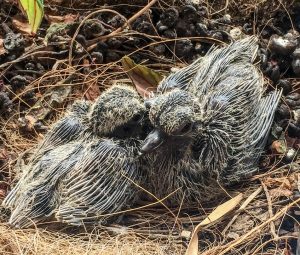