The 20 Small Yellow Birds You Should Know 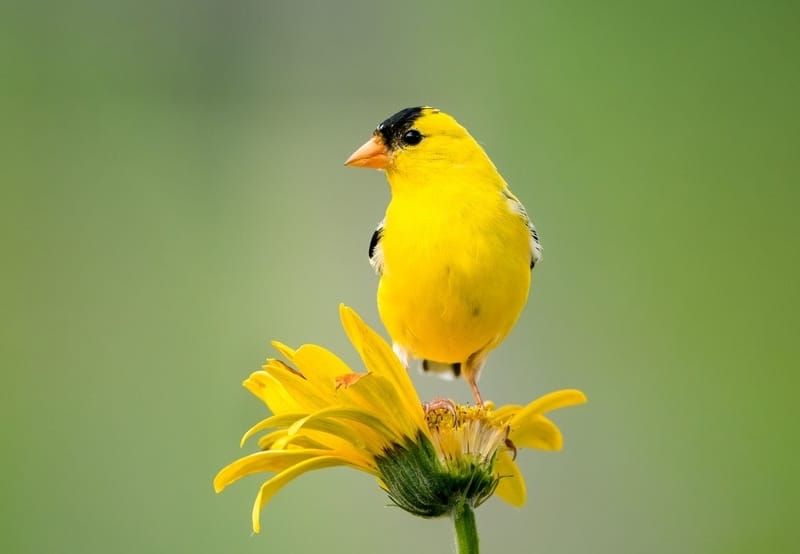 Did you know that there are over many different species of small yellow birds in the world? Some of these beautiful creatures are found in North and South America, while others make their homes in Europe, Asia, and Africa.

While they may not be as well-known as some of the larger bird species, small yellow birds are fascinating creatures that are well worth getting to know. Here are 20 of the most interesting small yellow birds that you should look out for the next time you’re birdwatching.

The American goldfinch, also known as the eastern goldfinch or simply the wild canary, is a small finch native to North America. It is one of the most widespread and well-known birds on the continent. The bird gets its common name from its bright yellow plumage, which is a striking contrast to its black wings and tail. The male goldfinch is especially vibrant in the springtime when he is trying to attract a mate.

The Black-naped Oriole is a colorful bird that is found in Asian countries such as India, Sri Lanka, and Indonesia. This oriole is easily identified by its black nape and bright yellow body. The Black-naped Oriole feeds on fruits and insects, and can often be seen perching in trees or flying from branch to branch in search of food.

The yellowhammer is a small passerine bird in the bunting family. The adult male has a bright yellow head, breast, and rump. The female and juvenile are much duller, with streaked brown upper parts. It nests in trees, bushes, or on the ground, laying 3-7 eggs.

The Yellow Warbler is a small songbird with bright yellow plumage. It is a widespread breeder in North America, where it is often called “summer yellowbird”, and winters in Central and South America. This bird grows to about 16 cm (6.3 in) long with a wingspan of 23 cm (9.1 in). The adult has a light yellow breast and belly with a greyish-brown back. The head is paler than the body, and there is a yellow line running through the eye. The bill is black, and the legs are dark grey. Juvenile birds are similar to adults but have darker streaks on their upper parts.

This is one of the more distinctive small yellow birds on our list. The golden babbler has a bright yellow body with a black band across its chest. It also has a long, curved beak that it uses to feed on insects. This bird is found in Africa and Asia, and it typically lives in forests or woodlands.

The Cape Weaver is a small yellow bird that is native to southern Africa. This little bird gets its name from the fact that it weaves intricate nests out of grass and other materials. The Cape Weaver is an important part of the local ecosystem, as it helps to control the insect population. These cheerful little birds are a delight to watch, and they are also good luck symbols in many cultures.

The Village Weaver is a small yellow bird that is native to Africa. It is one of the most common weaver birds in sub-Saharan Africa. The Village Weaver gets its name from the fact that it often builds its nests in villages and towns. These birds are very social and often build their nests close to each other.

The saffron finch is a small, colorful bird that is native to South America. These birds are mostly yellow, with a black band across their chest and a white stripe on their wing. Saffron finches are known for their beautiful singing voice, and they are often kept as pets by bird enthusiasts. These birds are relatively easy to care for, and they make great additions to any bird collection.

The yellow-breasted chat (Icteria virens) is a North American songbird. It is the only member of the genus Icteria. This bird is sexually dimorphic; males have a yellow breast while females have a white breast with yellow streaks. The back and head are gray for both sexes, and they have a white eye-ring. This bird is found in open woodlands, brushy areas, and edges of forests. It forages on the ground for insects, spiders, and other small invertebrates. The yellow-breasted chat is a migratory species; it winters in Mexico and Central America.

The white-eyed vireo is a small bird with a white eye ring and greenish upper parts. This vireo is found in woodlands of the eastern United States and parts of Mexico. The white-eyed vireo is insectivorous and often seen foraging in trees. This little yellow bird is a songbird, and its voice has been described as “sweet” and “pleasing”.

The female American Redstart is a beautiful yellow bird that is native to North America. She is small in size, measuring only around five inches in length. Her wings are black with white bars and her tail is black with two white stripes. The Redstart is a very active bird and is often seen flitting about in search of insects to eat. She is a great bird to watch and is sure to bring a smile to your face.

The Verdin is a tiny songbird that is easily recognizable by its bright yellow plumage. This little bird is native to the southwestern United States and Mexico, where it can be found in open desert habitats. The verdin is an important part of the desert ecosystem, as it helps to control insect populations. These birds are also known for their vocal abilities, and their songs can often be heard in the early morning hours.

This little bird is a true cutie, and it’s easy to see why they’re such a popular choice among bird enthusiasts. Magnolia warblers are small songbirds with yellow plumage and dark streaks on their wings and tails. They get their name from the fact that they often build their nests in magnolia trees. These birds are found in the eastern United States and parts of Canada, and they usually migrate to the southern United States or Mexico for the winter. Magnolia warblers are not endangered, but their populations have declined in recent years due to habitat loss.

The Yellow canary is a beautiful little bird that is native to the Canary Islands. These birds are very popular as pet birds and are known for their cheerful disposition and beautiful singing voices. Yellow canaries are not only pretty to look at, but they are also intelligent and can learn tricks and behaviors. If you’re looking for a charming and entertaining pet bird, the yellow canary is a great choice. 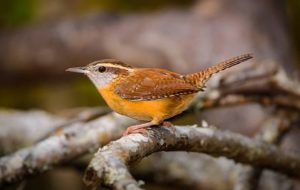 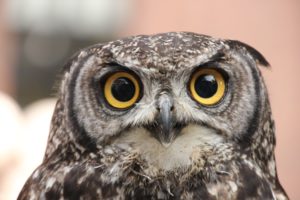